Painter, architect, writer, theatre director, designer, sculptor, engineer (1899-1973) - Brazil
-
Flávio de Carvalho was one of the main artists of the Brazilian modern movement. Deemed by Le Corbusier as a "romantic revolutionary", Flávio de Carvalho was a man of many skills who got involved in an innovative and provocative way in artistic fields as different as painting, architecture, scenography, writing, theatre, design or sculpture. He often was compared to an eternal "enfant terrible". His inexhaustible energy, his thirst for knowledge, his refined education, his culture and technical abilities combined with a great talent to understand art, contributed to shape this man considered as one of the great names of the Brazilian intellectual backgrounds. Misunderstood in his time, he is recognized today as a visionary who bequeathed us a rich and eclectic work. His paintings in particular are parts of the collections of the world most important museums of modern art.

Flávio de Cravalho is regarded as one of the Brazilian modern architecture precursors. After studies in France at the Janson de Sailly high school, then in England at the University of Durham where he completed civil engineer degree, he returned in his country in 1927. He then takes part in a contest for the construction of the Governor’s mansion in São Paulo. His project, extensively debated and not adopted because of its avant-gardist aspects, was noteworthy by the monumental aspect of the building characterized by the decomposition of volumes and the dramatic intensity of the play of lights produced by spotlights in the sky. In 1930, he plays part in the Pan-American Congress of Architects and holds a memorable lecture entitled "the City of the Naked Man" based on Oswald de Andrade’s theory of “cannibalism”. Later he entered various other contests of architecture. Two of his main projects grew : the houses complex of the Alameda Lorena street in São Paulo (1936-1938) and the Capuava ranch (1939), both precursors of the modern architecture in Brazil. The Capuava ranch farmhouse synthesizes perfectly his architectural ideas, moved principally by the imagination and corresponding to the new forms of living and thinking. Interior design is as important as architecture. The frontage is a high trapezoid reminding a mausoleum, with inside a vast living room without dividing wall, curtains made of colored fabrics dancing in the wind, and a fireplace which lets escape a colored smoke. The bathrooms and the kitchen are paneled with aluminum plates, an extremely modern material at that time. He designs the most part of the furniture, among them the famous FDC armchair.

The image of this provocative and disrespectful man is particularly related to his iconoclasts "performances" carried out as well on the artistic as behavioral levels in order to make his contemporaries thinking and confronting their ideas against the society. Flávio de Carvalho is regarded as one of the precursors of the 60’s « Happenings » in the United States. In 1931, his studies of anthropology and psychoanalysis lead him to carry out the "Experiment n°2" : wearing a hat he walks a Christi Corpus procession against the grain. This act is regarded as an insult and Flávio de Carvalho was almost lynched by a hysterical crowd of worshippers, finally owed his safety to the police force. His intention was to test the limits of tolerance and aggressiveness of a religious crowd. The "Experiment n°3" took place in the hall of the Odeon (movie theater) in São Paulo, with two of his friends during a furniture fair. The three protagonists were discovered early in the morning sleeping together in a bed, refusing to leave it. Once more, the police force intervened and dislodged them under the enthusiastic applause of the crowd. Today, these experiments could be considered as insignificant but were at that time a dangerous mockery to the Getúlio Vargas dictatorship authority. Thereafter, he will multiply these "experiments" and in particular in 1956 when, to conclude a series of articles about fashion, he launches the famous "New Look" summer outfit, especially designed for the tropical man. Disguised with this puffing out short sleeves shirt and a skirt made of a light fabric, a big hat, sandals and fishnet stocking, he walks down the streets of São Paulo, shocking the passers by, and launching a new reflection on the social conventions.

In 1933, he founded the Modern Artists' Club (CAM). He stimulated the cultural life of of São Paulo and took part in the creation of a discussion space on different areas, bringing together artists, composers, writers and psychiatrists. Within this framework, he founded the Theatre of the Experience and directed the "Ball of the dead God", an experimental theatrical and dancing show for which he created everything : text, adornment, costumes and play of light. The actors, almost all black people, were wearing aluminum masks and executing dynamic and surrealist movements. Considered as subversive this play, very influenced by the Dadaist movement, was prohibited and the police force closes the theatre in spite of the mobilization of more than 300 intellectuals. This episode put an end to the activities of the CAM. During the same year, he held his first painting individual exhibition. One more time, the police force intervened, closed the exhibition and confiscated five works considered as indecent and immoral. The following day, to protest against this interdiction, he wrapped all the statues of São Paulo with white camisoles. The artist successfully sued in court for the right to reopen the exhibition.

But before everything, Flávio de Carvalho is a worldwide renowned painter. His painting style is classified as expressionist with surrealist and fauvists looks. His most frequent themes are portraits, a choice based on his interest in capturing emotive and psychological aspects. The artist stated that "in the portrait, there is a world to be discovered and perfected, not only with regard to the pure dialectic of painting but also with regard to the human importance of the character". The rhythm of the paintings is produced by dense, exaggerated brushstrokes. The artist uses a strong chromatism and emphasizes the subject face with the aim of increasing the expressive charge and exploring the personality of the subject of the portrait. In general, in his drawings the brushstrokes are aggressive, creating a graphic pulsation.

In 1947, he draws the "Tragic cycle" made up of nine portraits, where he outlines by fast brushstrokes the anguish and the death of his mother victim of a cancer. On this occasion Assis Chateaubriant qualifies him as a "damned painter". Questioned few days later on the reason why he drew these portraits, Flávio says: "I did not wish to forget his great suffering".

In the fifties and sixties, he painted female nudes, devoting himself to drawing, watercolor and engraving. Flávio de Carvalho also used new materials in his last works, such as phosphorescent ink for black light. Irreverent and provocative cultural leader, he is considered a precursor of multimedia Arts. 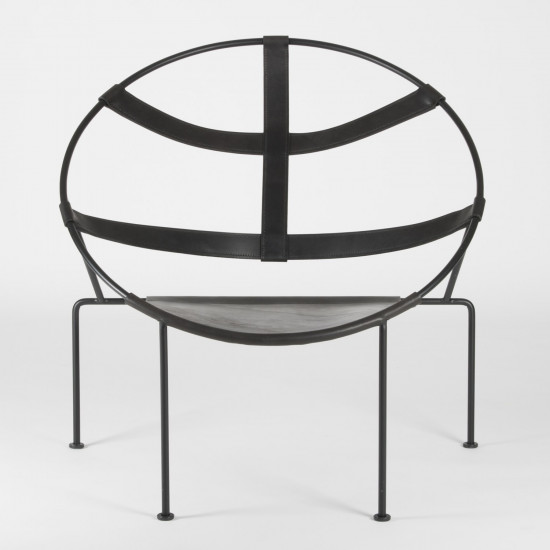